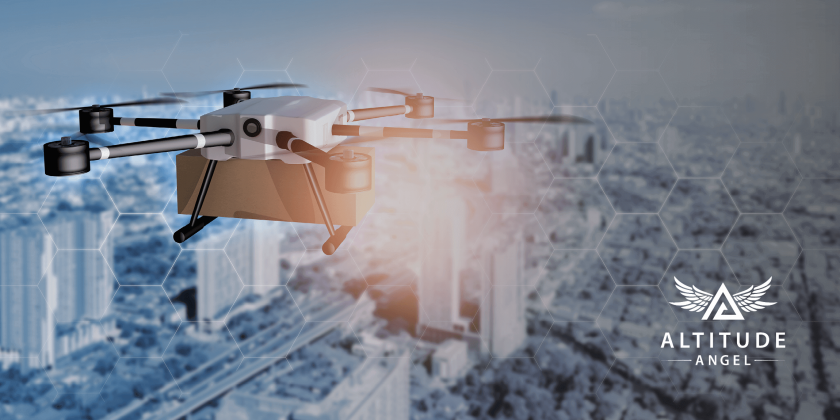 According to the company press release, Altitude Angel’s focus is on building technologies that are incorporated into solutions which enable the safe integration of automated drones into the airspace. ADS-B is commonly used by general aviation and other air users to broadcast aircraft location and sometimes carried by drones.

Automated unmanned flight in low altitude, low-latency environments require high-performing ADS-B networks, a requirement not met by low-cost hardware such as ‘Raspberry Pi’ computers and deployed ‘randomly’ in locations supported by enthusiasts. Whilst still very useful analytically, these do not meet the quality bar for real-time use in navigation systems at low altitude.

The ADS-B sensor network Altitude Angel is expanding is planned be optimised for coverage at low altitude, provide for low-latency, and – critically – capable of ‘blending’ or ‘fusing’ data from those sensors with other large amounts of sensor data in real-time. This last step is key, because it enables correlation; when fused with Altitude Angel’s other sensor information, it is possible to ‘highlight’ aircraft which aren’t visible on any single channel, such as ADS-B, or to provide enhanced assurance to those seeking to rely on position data when multiple sources of data corroborate each other.

This enhanced capability contributes to Altitude Angel’s already extensive air-surveillance picture and enables the firm and its customers to have even greater confidence in its ability to help get them airborne without a pilot – truly automated flight. In such scenarios, good data is critical.

With proposals to expand the adoption of ADS-B for drone and general aviation emerging in the UK, it is more important than ever to find ways to be able to trust information within the emerging UTM sector. A reliance on ADS-B is, by its very definition (Automatic Dependent Surveillance – Broadcast), dependent on the aircraft operator equipping and switching-on their transponder. Anybody who wishes to fly incognito, particularly at low altitude, need simply not comply with the requirement and if the UTM company was solely dependent on ADS-B, they would be ‘blind’ to those aircraft.

Which is why Altitude Angel is investing in expanding its dedicated coverage with a purpose-built and strategically deployed ADS-B network which also has the vast and significant benefit of being combined with all the other information on its platform, to establish the most accurate ‘moving map’ of the UK’s low altitude skies.

While ADS-B has other challenges associated with its use, particularly for uncrewed aviation, from spectrum to scale, a UTM company can still benefit from its use – but only when combined with a system with the scale of UTM.

“We’ve taken the step to expand our dedicated ADS-B network which has been purpose-built from the ground-up (literally) to focus on solving for low-latency, fusion, and corroboration – to enhance trust and utility for low-altitude airspace users,” said David Walter, Altitude Angel, Special Projects Lead. “There are still many examples of aircraft which don’t carry an ADS-B transponder, but even if it were a requirement for all aircraft to carry them, there’s no guarantee everyone would comply, the equipment would always work, signals could be detected (particularly at low altitudes), nor the signal could be verified. To a UTM company focused on safety and airspace integration, non-compliant actors are as important as compliant actors and existing solutions today only solve for those that are compliant.”