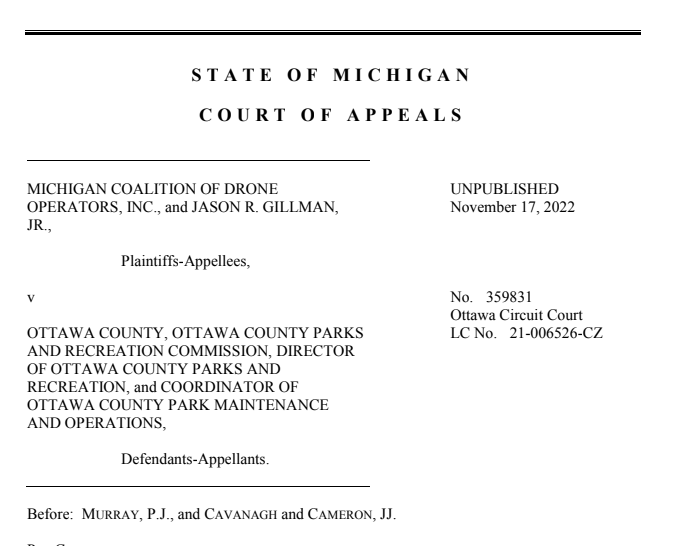 The State of Michigan Court of Appeals has ruled in favour the use of unmanned aerial systems (UAS) e.g., remote-controlled airplanes, helicopters, and drones, previously restricted under state law. The state drone preemption law (MCL 259.305) was tested in a case in which affirmed that no local governments (political subdivisions) in the state of Michigan may either create or enforce their own drone ordinances. Michigan among the first states in the nation to set this statewide precedent. The Michigan Coalition of Drone Operators brought the case to support the rights of drone operators across the state. This decision goes a long way towards following the FAA’s model that there should not be a patchwork quilt of local regulations, says industry observers who belief such a quilt makes the National Airspace (NAS) less safe rather than more safe. The case law is referred to as MCDO v Ottawa County.