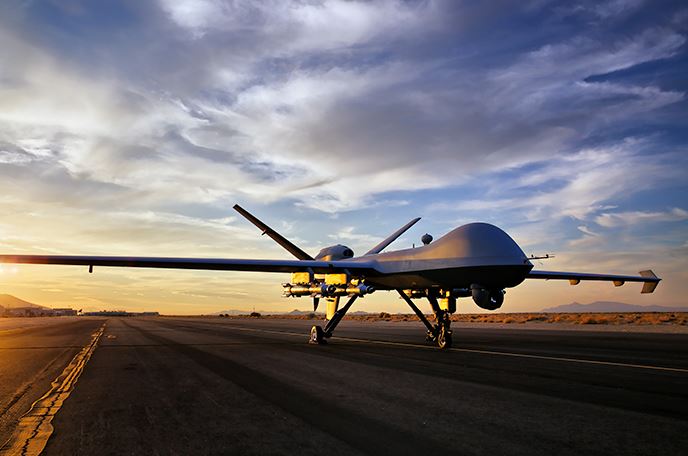 Military.com (https://www.military.com/daily-news/2018/09/19/mq-9-gets-first-air-air-kill-training-exercise-air-force-official-says.html) reports that an MQ-9 Reaper drone has made the first recorded air-to-air kill by one unmanned air system (UAS) of another.

“The successful test late last year showed the US Air Force that an unmanned vehicle like the MQ-9 has the ability to conduct air-to-air combat, much like its manned fighter brethren such as an F-15 Eagle or F-22 Raptor, according to Col. Julian Cheater, commander of the 432nd Wing at Creech Air Force Base, Nevada,” said the news service.

“Something that’s unclassified but not well known, we recently in November … launched an air-to-air missile against a maneuvering target that scored a direct hit,” Cheater said.  “It was an MQ-9 versus a drone with a heat-seeking air-to-air missile, and it was direct hit …during a test,” he said of the first-of-its-kind kill.”

According to its manufacturer General Atomics:

“Designated MQ-9 Reaper® by its U.S. Air Force and Royal Air Force customers, the turboprop-powered, multi-mission Predator® B Remotely Piloted Aircraft (RPA)…has an endurance of over 27 hours, speeds of 240 KTAS, can operate up to 50,000 feet, and has a 3,850 pound (1746 kilogram) payload capacity that includes 3,000 pounds (1361 kilograms) of external stores.  A new variant, Predator B ER, has been designed with field-retrofittable capabilities such as wing-borne fuel pods and a new reinforced landing gear that extends the aircraft’s already impressive endurance from 27 hours to 34 hours while further increasing its operational flexibility… This aircraft has been acquired by the U.S. Air Force, U.S. Department of Homeland Security, NASA, the Royal Air Force, the Italian Air Force, the French Air Force, the Spanish Air Force, and soon others.”