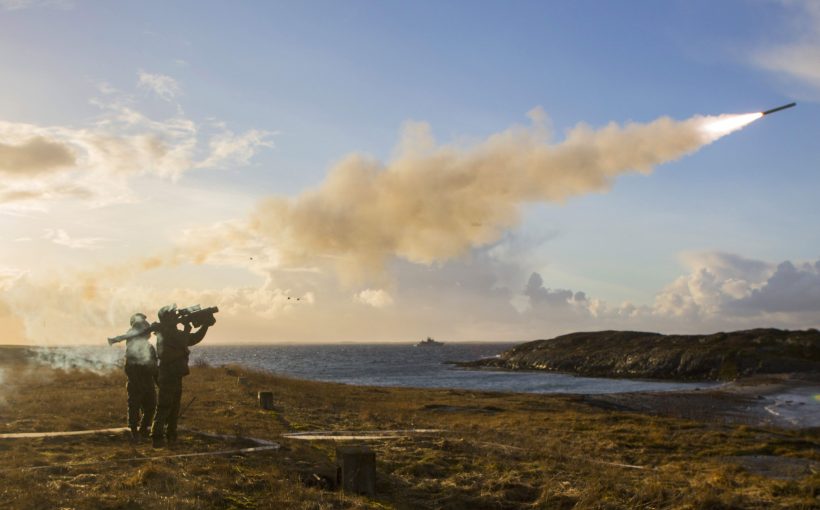 The approval will lead to fielding under an urgent materiel release.

“With the test flights completed, the new configuration will be authorized for fielding to selected units under the urgent release directive to support the warfighter against existing and emerging aerial threats on the battlefield. The Army team, with the support of Lockheed Martin Sippican, demonstrated the proximity warhead capability on the Stinger missile during testing conducted at Eglin Air Force Base, Florida, from Aug. 7-24.

“The new proximity capability was demonstrated by engaging nine free-flight Unmanned Aircraft Systems targets, consisting of different variants during the Soldier-fired events. The Stinger missiles were fired from the Avenger Weapon System and in the Man-Portable Air-Defense Systems configuration.

“The legacy Stinger Block I missile contains a hit-to-kill fuze which is effective against enemy fixed and rotary wing aircraft. The emergence of low observable UAS, increasingly being deployed by adversarial nations and terrorist groups, is a threat to the warfighter and a challenge for the legacy Stinger missile due to the very small UAS size and low heat signature. This can often result in a close miss against a UAS target. The new proximity fuze senses a near-miss situation and detonates the warhead, causing a proximity kill. This added capability allows the Stinger missile to maintain the hit-to-kill performance while improving effectiveness against varying classes of UAS. The Stinger FIM-92J missile, fitted with LMS’ Proximity Fuze warhead, is produced by Raytheon Missile Systems.”