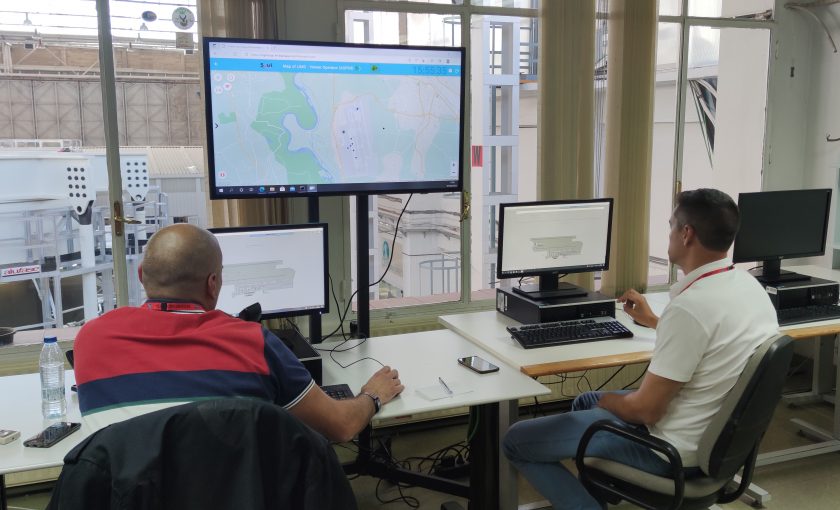 The EU-funded Airport System Protection From Intruding Drones (ASPRID) research project has carried out a test to demonstrate that the ASPRID system has a positive impact in reacting to drone threats in the airport environment. The participating partners carried out a laboratory test in a gaming exercise format to validate the operational concept of the system.

ASPRID has developed an operational concept and system architecture to protect airport operations from unwanted drones by identifying technologies, procedures and regulations that can help the airport environment recover from any disruption as quickly and efficiently as possible. The two-year project involves seven European entities from Spain, Italy and France, with experts in the different sectors involved: airports, research, innovation technologies, drone operations, IT, safety and security.

The aim was to demonstrate that the ASPRID system has a positive impact in reacting to drone threats in the airport environment by enacting scenarios in which real-time airport traffic simulation software tools have been used, as well as to develop a reporting environment during the project. ENAIRE air traffic controllers and experts from Aena’s Safety and Operations divisions participated in the simulations.

The test was organised at the facilities of Spain’s National Institute of Aerospace Technology (INTA), along with SoulSoftware SRL, Aerospace Laboratory for Innovative Components (ALI Scarl) and the Centro Italiano Ricerche Aerospaziali (CIRA).

Information from qualitative and quantitative data collected during the exercise, by means of questionnaires conducted among experts, will now be evaluated taking into account human performance, system efficiency and the impact on airport security.