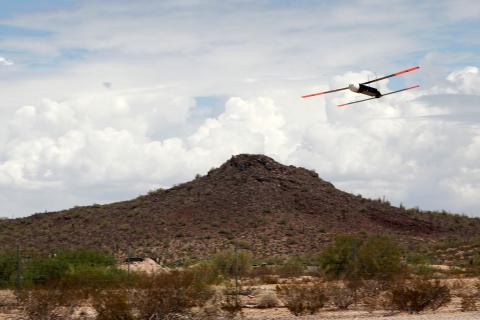 Jane’s states: “Lisa Hunter, US Army spokesperson, said on 19 February that interested customers should submit a letter of request through their local security co-operation office, starting with the Office of Defense Cooperation at their local US embassy. The Coyote Block 2 C-UAS capability is a rail-launched surface-to-air missile (SAM) being developed for the US Army through the Defense Microelectronics Activity (DMEA).”

The US Army selected a Coyote-enabled system equipped with an advanced seeker and warhead in order to identify and eliminate threat UAVs. The DMEA contract is a cost-plus-fixed-fee effort that provides analysis, design, development, prototyping, integration, testing, and production of expendable tube-launched UAS to protect against hostile attacks, intelligence gathering, and other malicious activities directed against critical infrastructure.