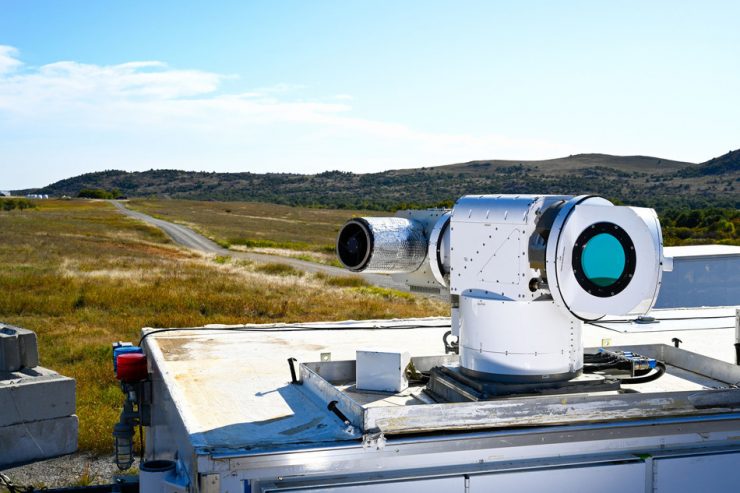 Lockheed Martin demonstrated its Advanced Test High Energy Asset (ATHENA) laser weapon system to the US Air Force at a government test range at Fort Sill, Oklahoma, where the system successfully engaged and shot down multiple fixed wing and rotary drones in a press release issued by the manufacturer. It was operated in a fully-netted engagement environment with a government command and control (C2) system and radar sensor. The radar track was provided to airmen who operated ATHENA via cues from the C2, then ATHENA’s beam director slewed, acquired, tracked and defeated the drone with a high-energy laser.

The ATHENA system was developed by Lockheed Martin as a complementary anti-drone capability with the network of systems already used by the Department of Defense. ATHENA was operated by USAF personnel during this demonstration, and it was able to destroy multiple drones in engagements representative of what is being encountered by US armed forces today.

The ATHENA high-energy laser system is transportable and can be deployed by the Air Force where required to defend bases and high-value assets.