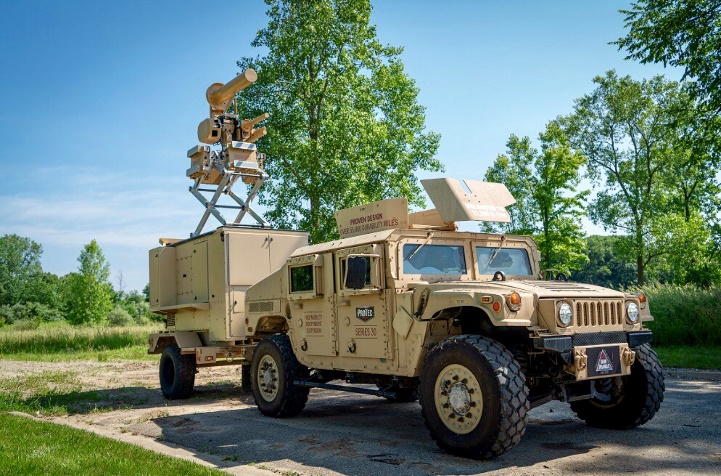 According to the Liteye press release, T-AUDS is a multi-domain awareness and protection package, capable of detecting and defeating RF controlled and silent flight drones while mobile, then transiting from on-the-move to static in less than two minutes, with full capabilities being brought to bear in defense of a location.

Liteye has integrated AUDS and Citadel’s Titan 3 radio frequency detection into the T-AUDS for enhanced detection, identification, and defeat methods across the full C-UAS mission.

The integration of these sensors and effectors on a T-AUDS provide: