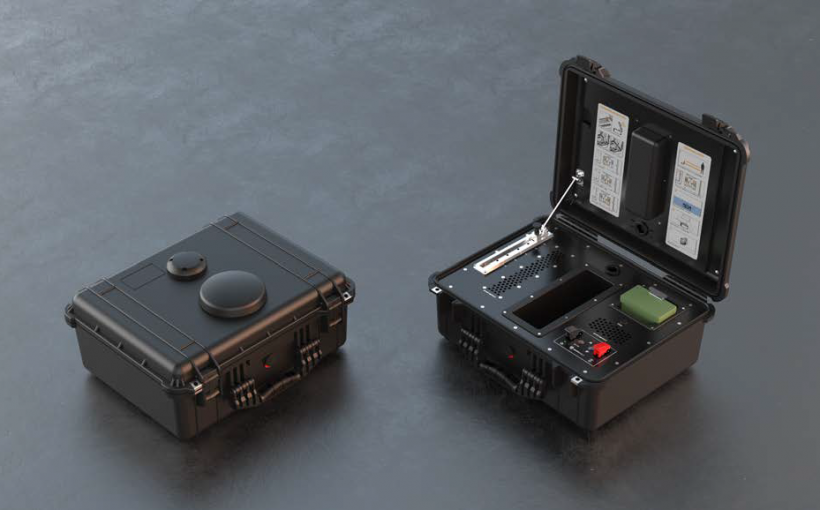 DroneShield has announced the launch of DroneNodeTM, a portable, compact and inconspicuous counterdrone jamming device which can be utilised at large outdoor events by law enforcement “without raising public concern”, according to the company.

DroneNodeTM is an evolution of the company’s existing DroneCannonTM product. The DroneNodeTM product is contained in a portable case sized at approximately 50x50cm: Oleg Vornik, DroneShield’s CEO commented: “DroneShield’s recent credentials in the area include the 2018 Olympics, the 2018 Commonwealth Games, 2018 ASEAN-Australia Special Summit, the 2017 Hawaii IRONMAN World Champtionship, and the 2015 – 2017 Boston Marathons.”

DroneNodeTM and DroneCannonTM have not been authorized as required by the federal communications commission (“FCC”). These devices are not, and may not be, offered for sale or lease, or sold or leased, in the United States, other than to the United States government and its agencies, until such authorization is obtained. The use of such devices in the United States by other persons or entities, including state or local government agencies, is prohibited by federal law. Laws limiting the availability of such devices to certain types of users may apply in other jurisdictions, and any sales will be conducted only in compliance with the applicable laws. Jammer affects only frequencies at 2.4Ghz, 5.8Ghz and GPS/Glonass (optionally). Emergency broadcasts, cellphone communication and other dedicated channels will not be affected.