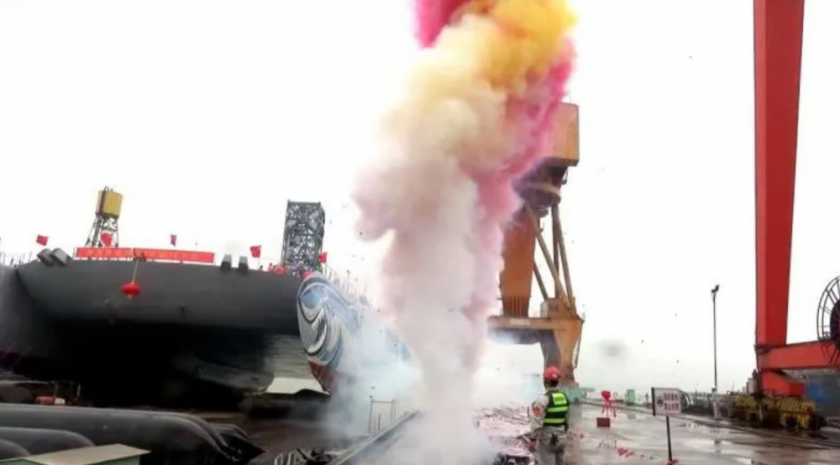 A report by UAS Vision describes a mini-aircraft carrier intended to launch and recover small aerial drones. The catamaran vessel was exhibited at the Zhuhai Airshow according to the report, which is attributed to The Drive.

The ship is designed to simulate hostile drone swarms, along with other kinds of threats, such as high-volume anti-ship missile strikes and distributed electronic warfare attacks. It also reflects the Chinese military’s interest in operational swarming capabilities, and especially in the maritime domain.

It is believed the state-run China Aerospace Science and Industry Corporation (CASIC) is involved in the development of the ship.

The ship is expected to be employed in maritime exercises. For conducting a realistic drone swarm training exercise, it will be required to release a cluster of drones at once.

The model of the vessel at Zhuhai depicted it carrying five relatively small tandem-rotor drone helicopters on a large open foredeck in front of the main superstructure. In addition, it showed multiple large antenna domes, which might be associated with high-bandwidth communications systems that would be useful for controlling large groups of unmanned helicopters. The domes were mounting on a large tower on top of the superstructure that would offer a very good location just for positioning line-of-sight control links.

As for the drones themselves, the CASIC booth also had a separate model of one of them showing a bar underneath the fuselage with what appears to be some kind of radiofrequency signal emitter installed on either end. What could be other antennas are seen jutting out from the sides of the fuselage and the portly design points to some degree of internal payload capacity.