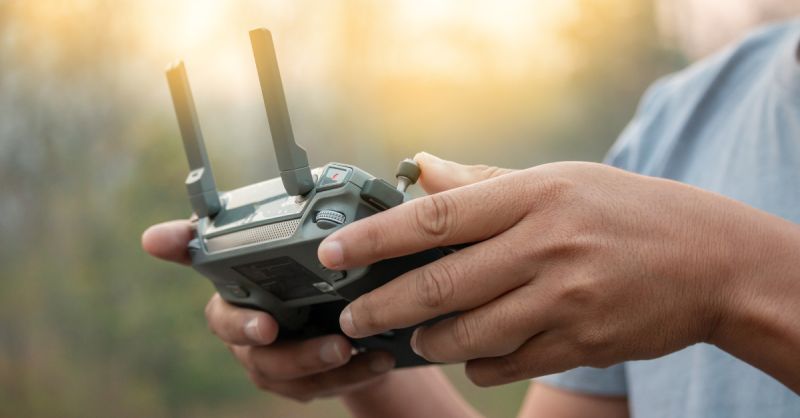 “Every month we register more than 2000 illegal flights,” says Peter Holla, deputy police chief and head of operations at the Amsterdam police.  “Amsterdam is located within the CTR of Schiphol Airport, so in fact the entire city is a no-fly zone for drones. Many of those 2000 illegal flights are children’s toys by the way. But there are also those who have other intentions. And that is why we are very interested in counter drone technology.” Royal Netherlands Aerospace Centre (NLR) is helping Amsterdam police with this challenge, according to a report by Amsterdam Drone Week.

Peter Holla says there is another more important challenge: “The first challenge is how we can best deploy drones ourselves,” he explains. “There are many incidents where a drone can prove its worth: demonstrations, traffic accidents, crime-scene investigation. That is why we also have a dedicated drone team at the Amsterdam police. In many cases, I prefer a drone over a helicopter. ”
Strategic cooperation

Gerald Poppinga, R&D manager at Royal NLR explains about the National Counter Drone Program that is financed by the Ministries of Justice and Security and of Defence. “They see this as part of the strategic cooperation between the two ministries. NLR and TNO are participating in the program to exchange knowledge and expertise in the field of counter drone techniques.”

According to Gerald Poppinga, there are several solutions to keep unwanted drones out of the air. But it remains a kind of race: for every solution, there is also a counter solution. At the moment we haven’t found the silver bullet yet. That will probably take a while.”
One of those ways is the use of directed energy. “You can use a laser to shoot a drone out of the sky, but that is not without risk. It might be better to disrupt the communication between the drone and the operator. However, each type of intervention might lead to its specific type of collateral damage, additional damage you are not waiting for. That makes it very difficult to find a solution that works and satisfies under all circumstances.”

There is still a lot of room technological development, operational procedures, awareness and tools. Gerald Poppinga adds: “I see a drone as a way to transport something from A to B. But also as a means of transport that can get to places you had no access to before. You can now deploy a camera in a place that has been made inaccessible by fences. But it could also drop something over that fence. The challenging thing about a drone is that you don’t immediately know who is controlling the device and therefore who you are dealing with.”
According to Gerald Poppinga “A drone can be a very useful piece of equipment and I also see wonderful applications, but a small percentage also carries all kinds of dangers and we have to be able to recognize those dangers and counteract them, so that we only use drones in a safe way.”
He is applauded by the police chief. Although Peter Holla monitors all drone flights over the city, it is impossible to actually ban all 2000 illegal drones. “We are therefore very interested in techniques that allow us to determine which drones pose a potential danger in order to tackle them in a targeted manner.