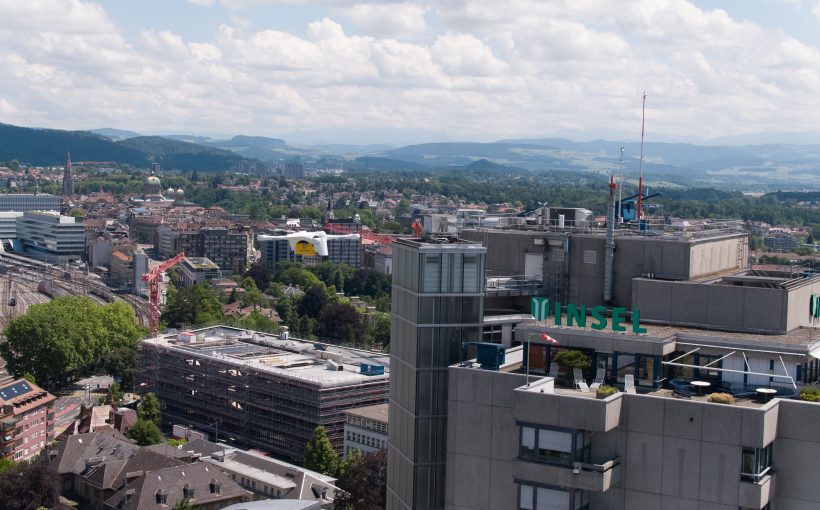 Swiss Post (https://www.post.ch/en/about-us/company/media/press-releases/2018/swiss-post-begins-transporting-laboratory-samples-for-insel-gruppe) reports it is working together with drone manufacturer Matternet to evaluate the link between the Tiefenau hospital and University Hospital Insel. “The drones transport lab samples in a quick and efficient manner, which saves doctors and patients crucial time compared to couriers on the road. Drone flights will also be taking place in Zurich in the near future,” said the company.

The pilot programme is reported to be the first instance of routine BVLOS operations supported by Swiss U-space, Switzerland’s nationwide integrated airspace system from skyguide and AirMap. “We see great economic and social potential in drones. To exploit this potential, drones need access to Swiss airspace, which is already very busy,” said Robert Fraefel, skyguide’s expert on drones. “The so-called U-space, which skyguide is developing together with AirMap, provides drones with this secure access, making projects such as those of Matternet and Swiss Post possible.”

In the pilot project in Berne, the drone connects the central laboratory at the Inselspital hospital with the hospital in Tiefenau. “When lab samples need to be transported as quickly as possible from A to B, every minute counts. This is why this pilot project is so visionary”, says Uwe E. Jocham, Insel Gruppe’s CEO. The laboratory samples are currently transported by courier. For urgent cases, Insel Gruppe uses a taxi. “Within two weeks, we want to evaluate whether the use of the drone offers real added value to them and, ultimately, to patients,” says Claudia Pletscher, Head of Development & Innovation at Swiss Post.

To ensure that the results are as informative as possible, the drone is being deployed on at least ten effective flight days over two weeks. The flights will then be jointly evaluated and Insel Gruppe will decide whether to use drones for day-to-day transportation of lab samples in the future. Following the evaluation of the route in Berne (Insel Gruppe), Swiss Post will look into a further route between the main laboratory, ZLZ Zentrallabor Zürich, and the ZLZ emergency laboratory at the Hirslanden Klinik Im Park.

Swiss Post reports it is one of the first companies in the world to operate autonomous drones in transport for commercial use, in conjunction with Matternet. The focus is on the transport of special consignments in the medical sector or the delivery of supplies to places cut off from the outside world after a storm. In the future, drones will complement mail carriers sensibly, but they will not replace them. Swiss Post is also testing other autonomous systems, including for example intelligent shuttles.

In March 2017, Swiss Post and Matternet presented the first drone connection between two hospitals in Lugano to the public. The second phase of the project in Lugano started in early October. The quadrocopter being deployed in Lugano is specialized in transporting light goods of up to two kilograms in weight. The drone has a diameter of 80 centimetres (excluding rotor blades), a maximum range of 20 kilometres and flies at an average speed of 72 km/h. For safety reasons, both the autopilot and other important sensors (e.g. altimeter, accelerometer and gyrometer) are installed in duplicate. On the basis of the experience gained from the test operation in March, the FLARM system was added to the drone, among other changes. The drone emits a signal using this traffic information and collision avoidance system to make the drone visible to other aircraft. But the drone also receives signals from other aircraft or drones and can react to these. Should all the electronics fail, a parachute will be triggered automatically. At the take-off and landing points, a landing pad is used which emits an infrared signal to enable the drone to land in precisely the right location.

The interim results look very positive, says Swiss Post: the drone has now completed more than 1,000 flights without incident. Since the initial tests, there has been a great deal of interest in the use of the drones in the medical sector. With the experience gathered, Swiss Post can now offer this service to other partners in the healthcare sector – in close consultation with other airspace users, the Federal Office of Civil Aviation (FOCA), which is responsible for regulation, the Swiss Air Force and Skyguide. FOCA has been involved in the project from the outset: it has inspected the drone and its safety components, defined the legal conditions for flying it, and now granted Swiss Post and Matternet approval for the flights in Berne and Zurich.