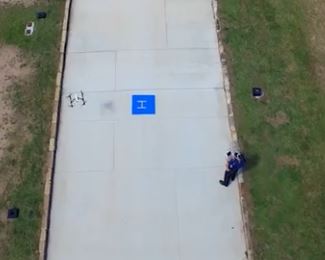 “It follows a surge in demand from drone enthusiasts who have taken part in Brisbane City Council’s Australian first trial of the drone zone parks since December last year,” said the newspaper. “Councillor David McLachlan, who chairs the council’s environment, parks and sustainability committee, said they had received “overwhelmingly positive feedback” during the trial from hundreds of residents.

“More than 700 people provided feedback to Council following the trial and 80 per cent of those support Council in providing spaces in parks for the launch and landing of drones,” he said.

“After reviewing the current locations, Council has determined the current sites will remain available to drone users and Council will look to additional sites that could be leased by clubs for drone racing and fixed-wing aircraft activities.

“Council’s announcement today will allow users to continue to launch and land drones between 500g to 2kg in weight at these 10 sites….Mini-drones that are less than 500g can still be launched from any council park as long as they comply with Civil Aviation Safety Authority regulations, as well as flight restrictions imposed around Brisbane and Archerfield Airports.”