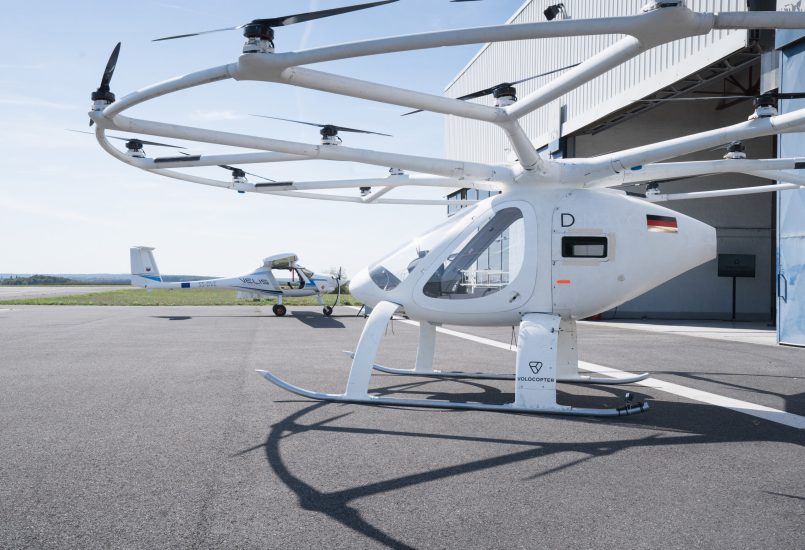 According to a Volocopter press release:

“The week-long flight tests simulated three different avoidance maneuvers in real-world situations where unforeseen circumstances occur, such as a complete airport or vertiport closure, an unavailable final approach and takeoff (FATO) area, and traffic deconfliction. This joint campaign between the three companies and the French partners, Groupe ADP and its wholly-owned subsidiary Hologarde, aimed to achieve smooth interaction within and between the new lower airspace’s unmanned traffic management (UTM) and standard civil aviation ATM systems.

M3 Systems, Pipistrel, and Volocopter all completed individual flight test campaigns prior to this event in order to bring their aircraft in line with U-space service, says the release/. The CORUS-XUAM flight test conducted at Pontoise airfield near Paris is the third of several flight tests to simulate a variety of real-world scenarios that demonstrate how UTM and ATM intersect with multiple aircraft types.

* The unexpected occupancy of a FATO and aircraft diversion due to priority landing of another aircraft – Pipistrel and Volocopter aircraft.

* The diversion of a flight path due to the closure of an airport or vertiport – M3 Systems.

* The diversion of a flight path with two aircraft flying the same path – M3 Systems and Volocopter aircraft.

This project has received funding from the SESAR Joint Undertaking under the European Union’s Horizon 2020 research and innovation program under grant agreement No. 101017682.